The Website of Peter Garland, an expert on Ceramic Furniture Rests

Although ceramic furniture rests were made in large numbers in the 19th century they have generated very little literature. This is the first book to be devoted to them.

The author, after some prompting and encouragement from John Howard, an internationally recognised authority on 18th and 19th century British pottery, wrote and published the book. It is based on his own collection built up over more than 40 years and includes a number of ceramic rests kindly made available to him by others.

The furniture rests are shown in well-sized, full-colour photographs throughout and the textual content covers topics such as the function of furniture rests (including whether the description of some of them as sash window rests is tenable), their dates and places of manufacture and, where possible, the identities of the people they depict.

Here is an excerpt of the foreword written by John Howard:-

” … It is an important work as it is unlikely such a collection will ever be formed again. The book is a significant contribution to the ceramic and social history of the 19th century in Britain and will provide a detailed reference for museums, collectors and antique dealers for future generations.” 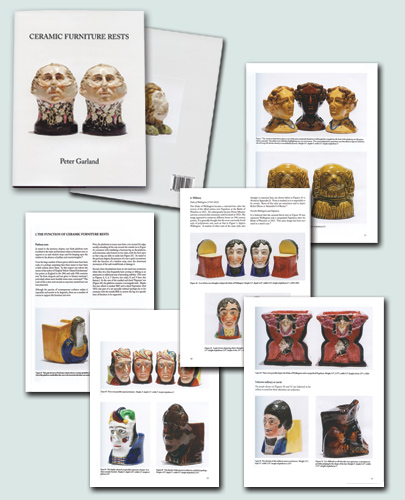 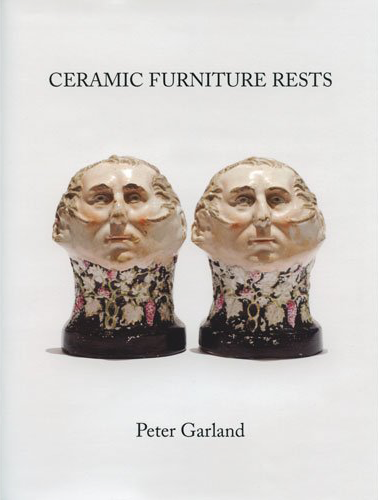 " At last we have what will probably turn out to be the definitive work on this topic as Peter Garland has recorded his unique collection into a valuable reference source."

You can find out more and manage your Cookies using the tabs on the left. We've also updated our Privacy Policies.
Unnecessary Cookies
These cookies are not necessary for the basic functioning of this site, however de-activating them may impede your user experience.
Google Analytics Cookies
Google Analytics Cookies are used to identify unique users and allow us to see where users come from and which pages they visit. They do not personally identify you. If you disable these cookies, you will not be recognised when you return. The site will treat you as a new visitor.
Save & Accept